The problem with living in a big city like Manchester, is that none of the city's charity shops are central.  Obviously, rents are high in town centres - so much so only the 'big players' in retail can afford to rent the vacant units.

To get a bargain, you need to travel.

On Tuesday, I visited Hyde which is about 7 miles East of the city centre, in Tameside.
I chose Hyde mainly because I knew it had some shops for charities which are less well known, alongside the usual Cancer Research and British Heart Foundation. It's not that I don't buy from the well known shops, it's just I've found that they seem to be moving to a more corporate, business-like image and sometimes I just want a root! They're also usually a bit cheaper.

This is what I bought: 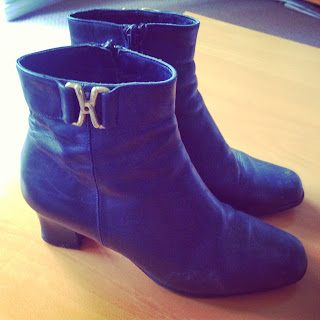 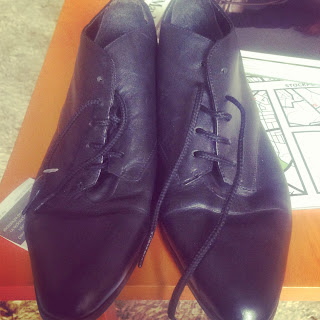 These two pairs of boots were both from the British Red Cross and were £2.99 each. I hardly ever go looking for something in particular but a good pair of boots are a must with British winters. I also bought an immaculate black, calf-length pair, originally from Nine West where they retailed for something ridiculous. They were £5.99. In addition to those, I got this beautiful vintage-inspired necklace for £1.99. 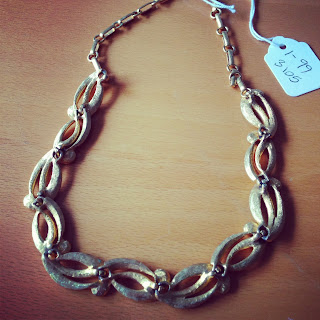 Next was the Tameside Animal Shelter shop which was just the type of shop I was looking for. Like a jumble sale, everything was boxed and piled up in no sort of order. I found this gorgeous vintage leather purse and glass dish. I think I'll be using the dish for storing jewellery but not 100% on that yet. 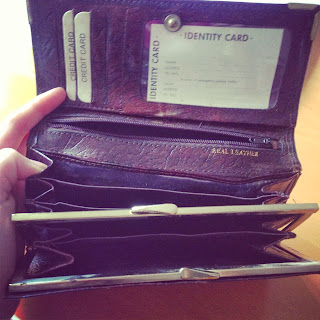 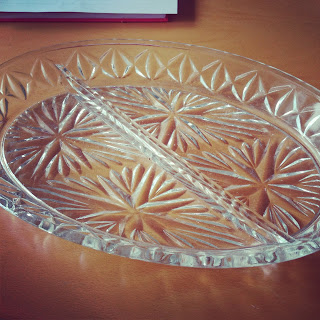 Do you live in Manchester and know of any good charity shopping areas? I'd also be interested to know other people's views on smaller v. larger charities and the way some charities are changing the way they operate their retail divisions to become more 'high street'.

Leave me a comment.
Posted by Charlotte Adams at 07:13