Firstly, apologies for the lack of posts recently! There have been a couple of big changes over the past week or two which I feel I'm still running to catch up with. Apologies if this post is completely non-sensical, I'm just going to put a few things that have happened together...

Event 1:
Last Friday I took an enormous bag of clothes to a charity shop. When I say enormous, I mean it...it was nearly as big as me! I'm not going to mention which shop it was because despite what happened, I think the charity do a good job and I don't want my opinion of one occasion to be in any way detrimental to them. So, I struggled on foot with this huge bag, finally arriving at the shop with an exacerbated dodgy back. I'm left standing in a queue for nearly fifteen minutes, during which time at least five staff members walked past me and offered no help. Once I got to the front of the queue, I place the bag on the counter and say I wish to donate the items. Then, nothing. The bag is whisked away and the gentlemen beckons to the lady behind me.
Right, am I being unreasonable in thinking that the lack of thank you is quite a big deal? I had spent a good hour at home going through my wardrobe, choosing good quality items that I thought the shop would get some good money for. I'd then chosen this particular charity and this particular shop to donate it to and there's not so much as a nod of recognition?! I'm not expecting that they should be overcome with gratitude (I know people donate frequently) but I do think for an industry running solely on donations, they really need to find some manners.

Event 2:
I spent Sunday and Monday in London with my friend David who has recently moved there to do some training for a new job. On Monday when he went to work, I took the tube to Holloway which is an area I've been to before due to the company I work for having their head office just down the road. I knew there were at least a few charity shops there. I always thought charity shops in London would be really expensive but I was pleasantly surprised - I picked up four items for £16. 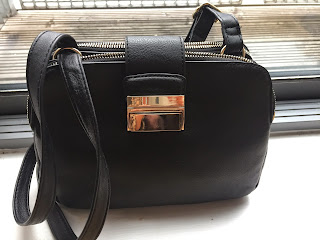 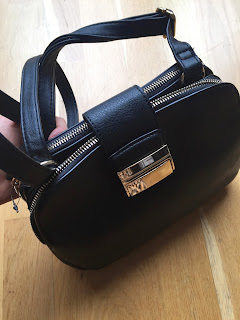 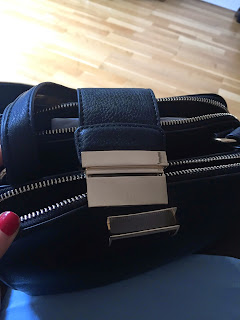 I picked this up today in Oxfam in Withington for £3.99. I love everything about it - the size, the colour, the detailing, the fact it has never been used...I could go on. I really think it's perfect.

I also just want to draw your attention to a new account I've started following on Instagram - patsyspennies which showcases purchases two sisters have made at boot fairs and in charity shops. It was only set up a few days ago but I can tell it'll be great! There is also an accompanying blog. I think you'll like it!

Posted by Charlotte Adams at 10:43