Why is it so hard to find a great pair of second hand shoes? 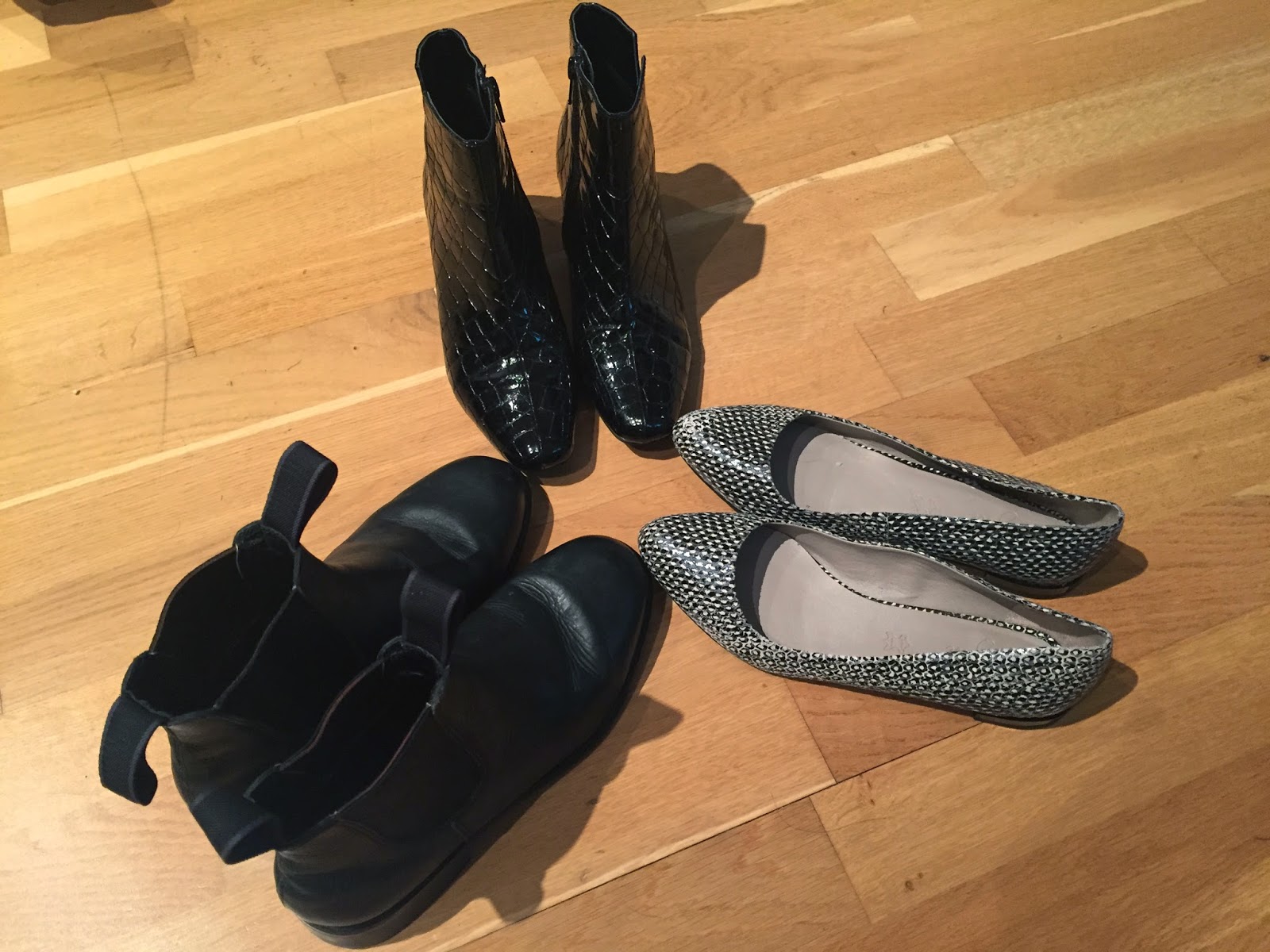 I've had a fair few comments on Instagram recently about how difficult it is to find a decent pair of second hand shoes, with Donna from Polkadot Pink calling them 'almost mythical'.

While good quality clothing is in abundance in most charity shops, I'm more often than not left feeling disappointed after browsing the footwear section. I think there could be a few reasons for this:

1) While clothing goes out of style quickly and tastes change rapidly, shoes are more of an investment for most shoppers, making them less likely to donate footwear in a hurry.
2) A lot of donations come from people who haven't tried on items in store, have got them home, they don't fit and they can't be bothered to take them back. You're far less likely to buy shoes without trying them first.
3) Charity shops 'rag' damaged or worn items. Shoes are weighty and contribute significantly to payments from textile recyclers. Managers may decide they're worth more in rag than they would be sold on the shop floor.
4) Many charity shoppers have a problem with wearing previously owned shoes. Whereas you can wash your new clothing, you can be well aware that someone else's feet have been in your new shoes! If shoes don't make money, shops won't put them out!
5) Shoppers are less likely to accept damage to shoes. If I find a dress I love in a charity shop and it has a small hole, I'm happy to take it home and get sewing - it's probably only likely to be a five minute job. If the heel is worn on a pair of shoes, I know I'm immediately adding £5 to the ticket price to have them reheeled and when you factor that in, they just don't seem that much of a bargain anymore.
6) Sizing - I'm somewhere between a 3 and a 4, which is pretty small. My right foot is also about half a size bigger than my left and my feet are really thin. It's a nightmare in a shop full of each size of each shoe - near to impossible when there's only one pair in each style!

Despite this, I've recently been quite fortunate with footwear. 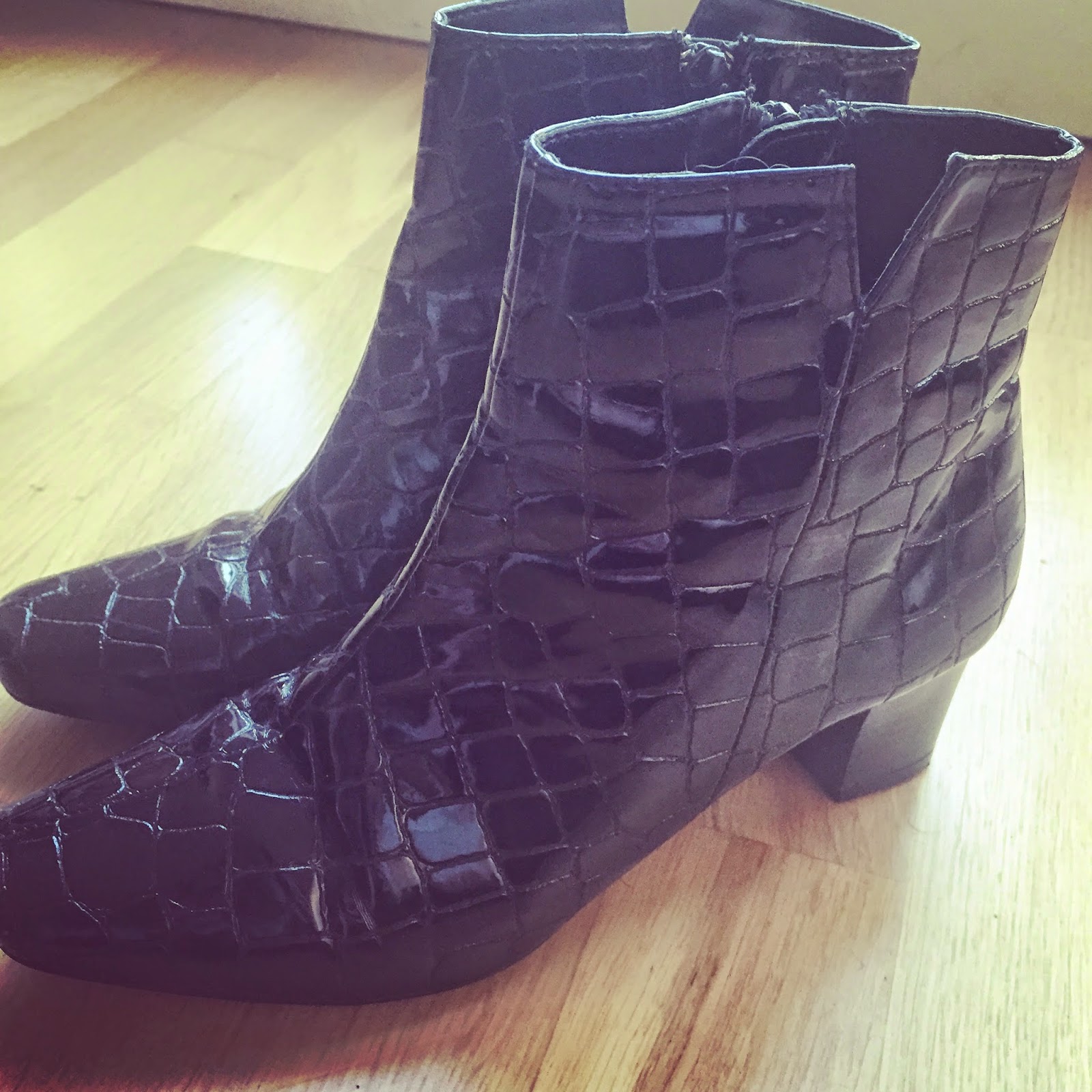 I bought these shiny boots in Age UK in Chester for £2.99. They don't appear to have been worn and are in beautiful condition. 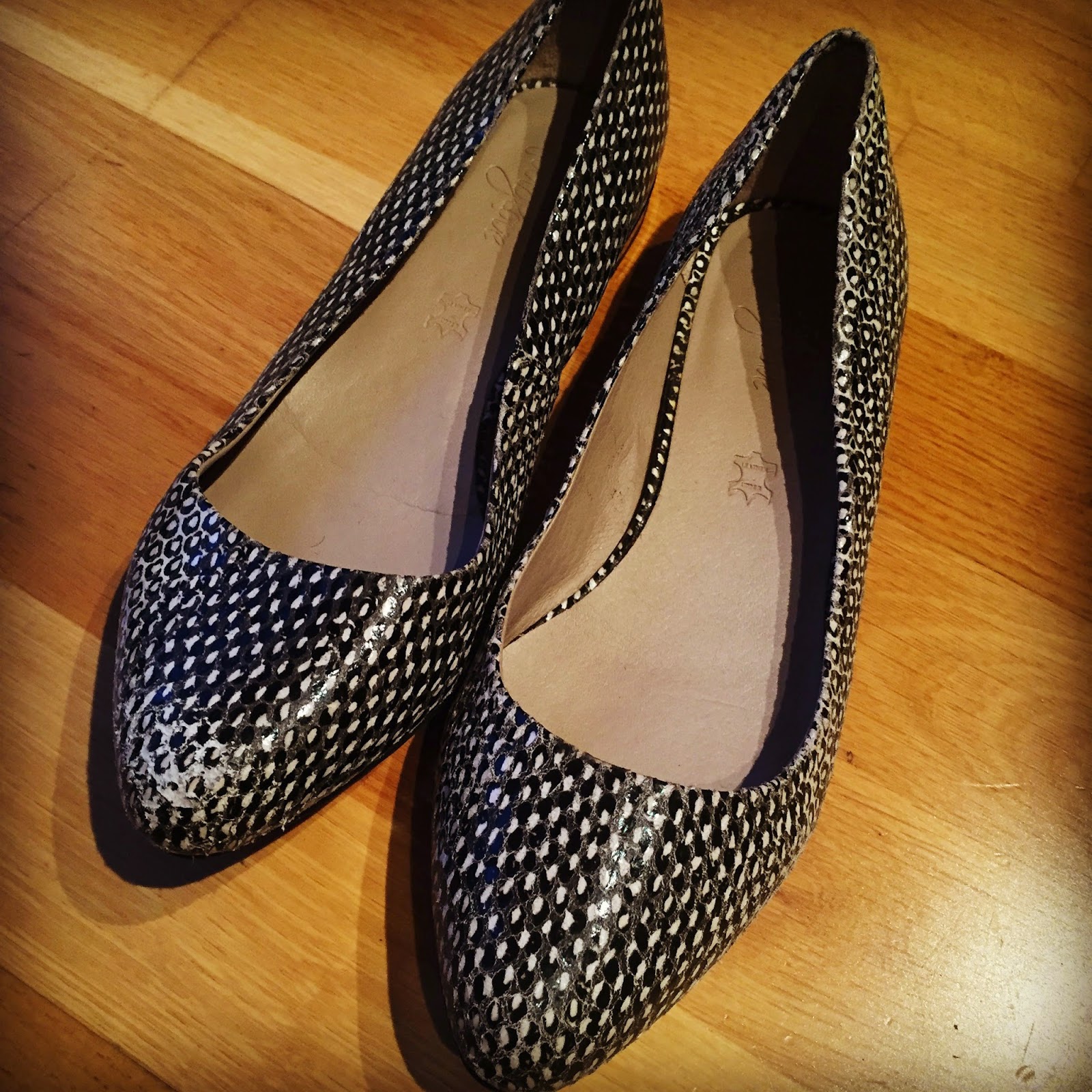 I picked up these yesterday in Oxfam. Again, unworn at £5.99. 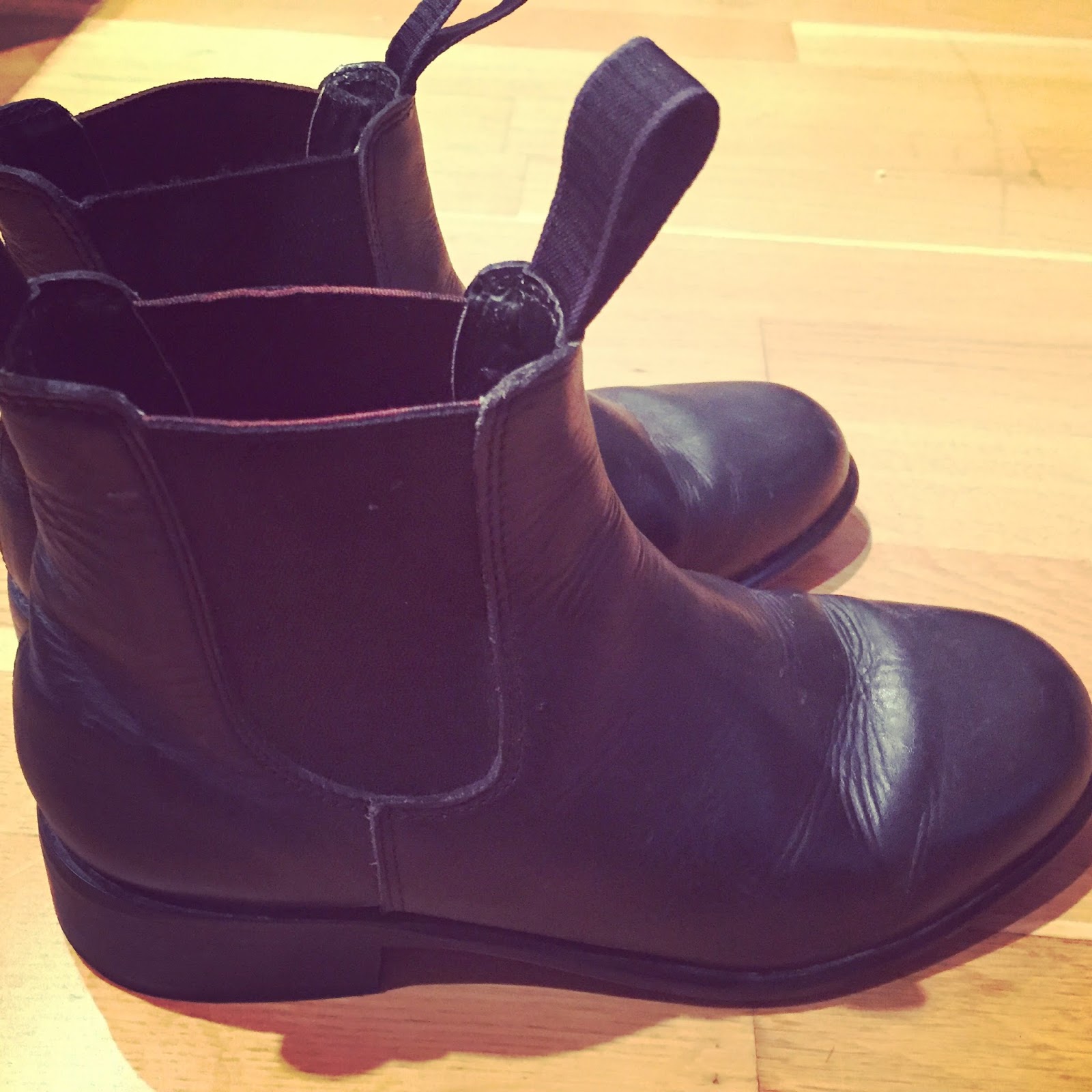 And today, I paid £3 for these beauties in Save the Children in Didsbury (as if I didn't buy enough yesterday!). They're slightly worn but so comfortable that I couldn't resist!

How're your shoe hunts going? Leave me a comment!

Posted by Charlotte Adams at 14:33