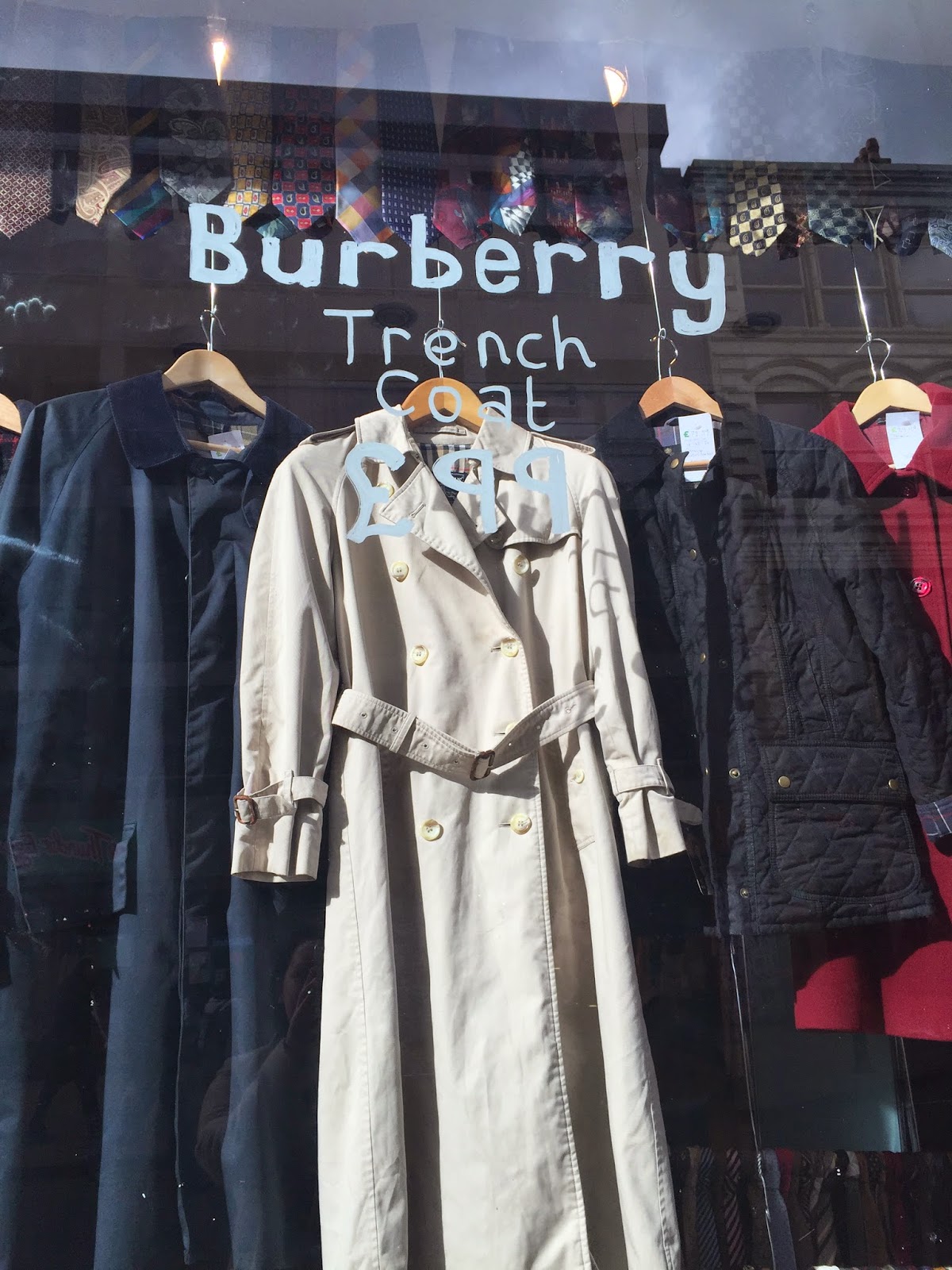 This is the shop window of Oxfam on Oldham Street in Manchester which sits at the heart of the Northern Quarter - an area of Manchester full of vintage shops and quirky cafes and bars. The pricing in the shop is not that of a standard charity shop - most items are about £20 - but I've never seen anything over £30 in there until today and it got me thinking...

Is it really okay to charge nearly £100 for an item in a charity shop - designer or not?

Some people would argue that charities should get as much money as possible from their stock - it's going towards a good cause, right? Say you see a nice Topshop top in a charity shop - you probably wouldn't resent paying £3 for it, which might be about 10% of its original price. Burberry trench coats are currently retailing on Net-a-porter for about £1000 - logically, that's the same discount.

The comments on my 'In support of smaller charities' blog raised a few points - one of the most poignant was from Amie at Credit Crunch Chic who said she had seen a Cos dress in a charity shop priced at £25 when everything else on the rail was £5. Amie suggested that charities should price according to their market. As someone who complained about paying £2 for a second hand book, you won't be surprised to learn that I agree! I'm quite tight with money by nature (I budget to the penny) but seeing prices like that this morning really gets my back up.

I read a few news articles when I was researching this blog which were based around people complaining about price hikes in local charity shops. Many of the arguments were that families with low incomes are being priced out of the charity shops they rely on to clothe themselves and their children. It really bothers me that the big players are losing sight of their most loyal customer base. Many people raise with me that high prices put them off charities as a whole - they don't even bother to shop in a particular charities shops because they know they'll get annoyed. It's bad PR of shops to price out of their market and they just end up looking greedy. They did get the stock for free after all.

I'm not losing sight of the fact that these shops are there to make money, I'm just saying most clothing doesn't retain its value once you carry it out of the shop the first time around, let alone the second or third! I also had a quick look on ebay for Burberry trench coats and the prices there were less than Oxfam were charging - I just don't understand how they got to £99!

I really feel that as a consumer body we're paying the price for the growing success of many charities in a time of economic difficulty but I hope people are becoming wise to this - taking their custom to smaller, more fairer priced shops. Hopefully it'll encourage the larger chains to rethink their pricing plans.