Shopping on a serious budget.


Last week, I had a day working in London which meant getting up at 5am and returning home at 9pm. I was shattered all week and by the time weekend came around, all I wanted to do was sleep! Having finally caught up on rest today and not wanting to waste my entire weekend being unconscious, I decided to have a little local adventure for a couple of hours.  Due to having to renew the tenancy on my flat and various other bills, I'm a little lacking in funds this month so I was in two minds whether to go at all but as a compromise between being able to eat and preserving my sanity, I gave myself a £5 spending limit and stayed close to home.

I'd initially only planned to go to Droylsden and visit a little community charity shops called COTE near Edge Lane tram stop which I used to spend a lot of time in before I moved house last year. On discovering it was the same price for a ticket to Droylsden as it is for a return to Ashton-under-Lyne, I thought I'd extend my journey a little further.

The most sensible idea would surely have been to find one or maybe two things I really loved but I'm a binge shopper by nature and I'd never have been satisfied with that! Fortunately, there were plenty of bargains to be had and I managed to pick up all this for exactly £5. 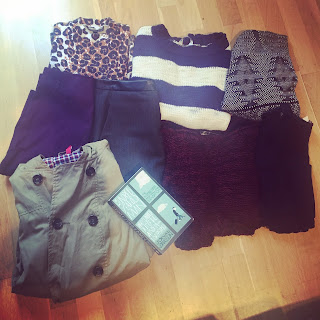 My first purchase was from Willow Wood Hospice shop in Droylsden which I absolutely LOVE. The shops support a local hospice in Tameside and are really well priced. The Droylsden shop had a makeover fairly recently and is now the proud owner of some lovely wooden floors which really open the shop out. I picked up a book called 'The Hundred Year Old Man' by Jonas Jonasson. I'd never heard of the title before but I'm still having great trouble finding a novel to engage my interest so hopefully this might remedy that! The paperbacks in the Willow Wood shop are 50p for two and the lovely lady behind the counter tried to give me this for 25p as I couldn't find another I wanted but despite having a constant bee in my bonnet about overpriced second hand books, I didn't accept. What's really lovely about Willow Wood is that you can have a chat with the staff - we were getting into the politics of the march on the Tory party conference today! The volunteers there are so friendly and so interesting, that I actually took a seat to listen to the end of the debate!

Following that, I went into the enormous Barnardo's that Droylsden has. It's half 99p shop, half donation centre and always a hive of activity. I was quite upset to discover they had drastically reduced the amount of clothing on the shop floor to give way to more furniture and household items (although I do understand this raises far more money per space used). I think I'd gone in Barnardo's and Willow Wood in the wrong order because there was a lady scanning the rails clutching tightly onto some amazing dresses and a pair of beautiful lace up ankle boots which looked like my size. She definitely saw the jealously in my eyes...
However, I did manage to pick up the lovely beige jacket in the left of the picture!
Spend so far - £1.49.

Then I went into another of Droylsden's shops. I don't like to say negative things about charity shops so I won't mention the name but I never normally go in this one because it perpetually smells like wet dog and everything is really expensive, which would not be conducive to my £5 cause. However, there was a sign in the window stating there was a half price rail inside. I'm not one to turn down a half price rail at the best of times. When shopping on a tiny budget, I'd say it was a necessity.
There was a pretty green dress on the rail or £3.29 (full price) or (£1.64 half price) but I had to think carefully and realised having not set foot on Ashton turf yet, spending 33% of my budget would not be wise. Ah, to be well off...

I also noted that my old employer has opened a shop in Droylsden...they're getting to be a bit like rats, never more than 6 foot from one. Sorry, that's dreadful - moving swiftly on...

To Ashton. Ahh, I do love East Manchester and it's grittiness. Ashton-under-Lyne truly is a place like no other. I had to be strategic here because there's a fair few shops in Ashton but I only had £3.51. My first stop was Age UK £1 shop, where I had originally planned to spend the majority of my remaining funds...if only I could find something to spend them on... After studying two dresses for quite some time, I decided one was just too leopardy (yes, even for me!) and the other had a smidgen of a bleach stain on the hem. In usual circumstances, I would have bought both but today was thrifting to the extreme! 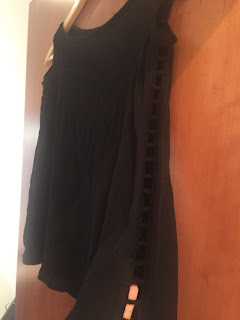 So I'd planned to go to COTE on the way back but as the tram pulled into Edge Lane, I could see the lights were out and it was closed. After considering my options in town, I decided I would have to return home with £2.50 burning a hole in my pocket but as I pulled into Holt Town, I remembered MUSTARD TREE! Quick scan of Twitter showed me that they had been having the fill-a-bag for £2.50 sale towards the end of September but I didn't think it'd still be on, surely I couldn't be THAT lucky...

Mustard Tree you are good to me. This sale is unreal although you really have to get in quickly, which I definitely didn't do, coming a week and a half late to the party! However, I did manage to pick up these beauties. 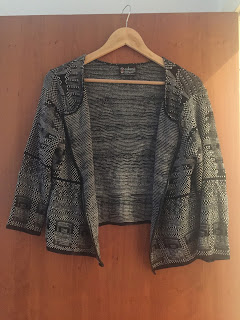 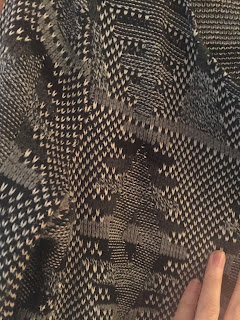 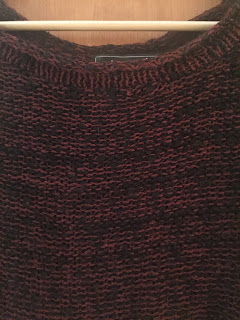 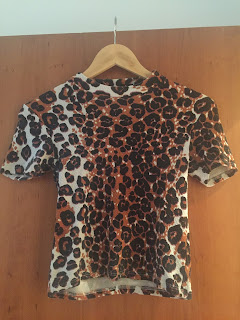 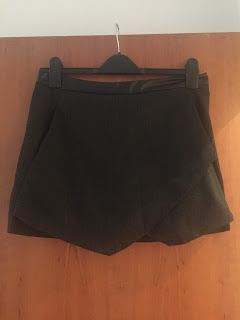 I also managed to squeeze a blue and white striped jumper and a purple skirt into my £2.50 bag of dreams and still had room left!

One penny remains, which has now been placed in my charity shop piggy bank.
Today really restored my faith in the charity shop bargain! I'm so excited to wear (and read) everything I bought today. Furthermore, shopping on such a tight budget really made me think about what I was buying. I definitely have a tendency to just buy in charity shops because I think things are so cheap, it doesn't matter if I can't squeeze myself into it, I'll just donate it back. But while I don't want to discourage donating to charity, that is a waste of money, no matter how little money that may be. I'd like to say today has taught me a lesson or two about spending wisely but no doubt I'll be back on the major hauls again next month!

Posted by Charlotte Adams at 10:30